An Opinion and Discussion Blog Site

What could add more drama to the likes of “twitter”, “facebook”, “instagram”, or hit the daily lineup of current stories on internet media web sites, than the controversy of the Starbucks Holiday Cup?  But wait, it’s plain red.  No designs, no writing, just plain red with the Starbuck’s motif.  OMG…how terrible!

I don’t understand what all the public outcry is about?  If your a true Starbucks fan, of which I’m not, does it matter if there are snowmen or snowflakes on the cup?  The beverage in the cup is still the same.  Are people that shallow, stupid, or just need an avenue to vent due to other underlying frustrations?  Some of the social media outcry from fans wrote:

“FORGET STARBUCKS-And any other store that takes Christmas out of Christmas-Their 2015 red cups R as un-Christmas as possible.”

In response from Starbucks:  “Starbucks has become a place of sanctuary during the holidays,” Jeffrey Fields, Starbucks’ vice president of design, said in a statement. “We’re embracing the simplicity and the quietness of it.”

“The red cup’s design depicts a different story each year”, Starbucks spokeswoman Erin Shane told FoxNews.com. “In past years it has presented vintage ornaments and hand-drawn reindeer. This year, it’s about offering space to tell your own story”.

So let’s say Starbucks holiday cup depicted a Christmas design on their cups this year, they would probably still be inundated with negative feedback due to the fact their cups were found to be insulting to some other religious groups and atheists in this country.  In my opinion, I feel their VP of Design came up with the best possible solution.  If it were my company, I’d rather piss off some fans due to a plain red cup, than have some international religious or anti-religious organizations up in arms.  Let’s face it, society today doesn’t make it easy to make a compromise such as this, and seems there are “anti” groups bitching and complaining about so many unimportant issues anymore.  Companies are damned if they do and damned if they don’t.  We need to focus this energy on more important issues and matters in this country such as guns and firearms, safety of our neighborhoods, streets, college and public school campuses, along with everything else out there terrorizing the citizens of our country on a daily basis.  Compared to those issues, whether Starbucks decides serves beverages in a plain red cup for the holidays or not, doesn’t really have much importance.

However, Starbucks may be onto something with their Red Holiday Cups, and may I suggest the use of the Red Cups become standard for the company.  Look at what the red cup has done for the Solo Corporation.  It’s proven to be a multi-million dollar sales item for Solo.

I’d say it’s a standard beverage container for any party, holidays or not, and comes in a variety of styles and shapes, along with other Solo Red Cup items such as bottle openers and trash receptacles. No graphic designs, no logos, no holidays to be misinterpreted or causing any “anti” group commotion over, and no one bitched because of the plain non-graphic design. 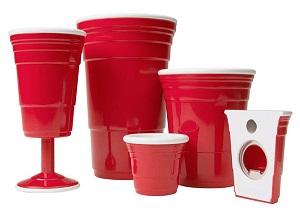 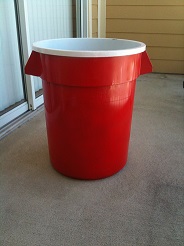 And wait!  There’s more you can do with the Solo Red Cup.  If your crafty, there are Holiday Wreaths, Christmas Trees, and strings of Holiday/party lights for those who don’t find Christmas insulting or against their religious beliefs.

Need a party dress or outfit for a costume party?  Solo Red Cup has you covered (no pun intended), along with a #1 hit song performed by Toby Keith. 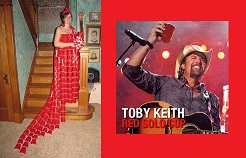 So stick with your plain red cup, Starbucks, put a “think tank” together or a contest out there for ideas, come up with a Red Solo Cup parody for an advertising campaign, or ask Blake Shelton, an avid Starbucks fan, to compose one, and keep your beverage containers red all year round.  Then design Starbucks Holiday Ornaments that can be applied to the cup, for those with such a strong need to express themselves.

The Seniam Report is an Opinion and Discussion blog posting a new topic each Monday.
Please take the time to voice your Opinions, Comments or suggestions for future topics.
Follow The Seniam Report and receive the weekly opinion and discussion topic in your email.