An Opinion and Discussion Blog Site

At least there is one person in the world that has suggested a sensible solution to our country’s lack of a Presidential Election candidate worthy of the votes of the citizens.  She has offered herself and her immense expertise in government, and requested the voters of this country to write her in on our ballots on November 8th, assuring us of receiving strong leadership and saving our country from the only 2 candidates out of the 319 million people who seems to be available to sit on the throne in Washington, D.C. 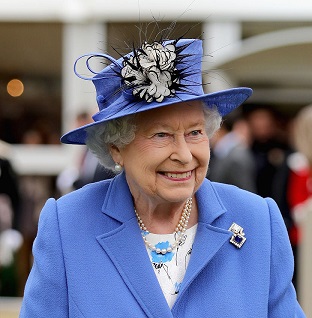 LONDON (The Borowitz Report)—In an unexpected televised address on Saturday, Queen Elizabeth II offered to restore British rule over the United States of America.  Addressing the American people from her office in Buckingham Palace, the Queen said that she was making the offer “in recognition of the desperate situation you now find yourselves in.”  “This two-hundred-and-forty-year experiment in self-rule began with the best of intentions, but I think we can all agree that it didn’t end well,” she said.

The Queen urged Americans to write in her name on Election Day, after which the transition to British rule could begin “with a minimum of bother.”

Elizabeth acknowledged that, in the wake of Brexit, Americans might justifiably be alarmed about being governed by the British parliamentary system, but she reassured them, “Parliament would play no role in this deal. This would be an old-school monarchy. Just me, and then, assuming you’d rather not have Charles, we could go straight to William and those children of his who have mesmerized you so.”

Using the closing moments of her speech to tout her credentials, the Queen made it clear that she has never used e-mail and has only had sex with one person “very occasionally.”

** Andy Borowitz is a New York Times best-selling author and a comedian who has written for The New Yorker since 1998. He writes the Borowitz Report for newyorker.com.

So there is the solution to our Presidential dilemma my fellow Americans!  Write in “Queen Elizabeth” on your ballot on November 8th.  Her Majesty is right, if after two hundred and forty years we haven’t got it right, maybe it’s time to hand over our country’s leadership to a qualified candidate possessing a proven family lineage of leadership abilities.  Did she and her ancestors not make England Great?  Did they not make it an Empire?

What do we have to lose?  Is it not time for a change?  After all, it would be much easier to push one person off of a Washington, D.C. throne than trying to dethrone the two powerful political parties that have been battling the last two and a have centuries for power and control, rather than addressing the actual problems they have created for the people of this country.  We basically already have a monarchy.  The rich aristocrats in every political position that aren’t able to govern this nation, and the middle and lower class serfs working to pay the ever-increasing taxes imposed on us.

GOD SAVE THE QUEEN!

The Seniam Report is an Opinion and Discussion blog .
Please take the time to voice your Opinions and Comments by scrolling to the bottom of
the page. Suggestions are always welcome. Submit to seniamnevets@gmail.com
Follow The Seniam Report and receive new opinion and discussion topics in your email.